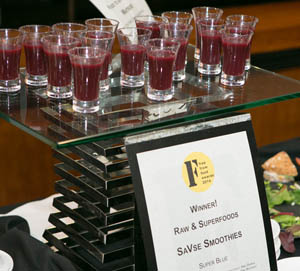 The  winners’ tasting buffet is definitely the highlight of the FreeFrom Food Awards party these days – especially this year when Chef Dean and his very artistic minions had had a go at it!

And whereas last year there was a mad scramble at the end of the presentations to get it all out from the kitchens, this year, as the clapping died, the massive wall which divides off one part of the Royal College Physicians’ Osler Room slowly disappeared into the ceiling revealing a massive buffet table laden with the products of no less than 25 winners. And, like locusts, the guests descended on it! If you want to see it happen in real time, check in to the short video on the awards site here.

But, of course, this is no ordinary buffet – nor is it put together by any ordinary means…

Although many awards do warn their winners that they have won, we have always felt that if the winners know in advance it really does detract from the excitement of the evening – so we never tell! However, this does somewhat complicate the process of getting the food for the winners’ tasting buffet.

If the product concerned is available in a supermarket or from a big on-line store such as Goodness Direct or Ocado, it is easy – you just go and buy it. If it is frozen or ambient – also easy as we can start buying up what we need in small enough quantities not to arouse suspicion from the moment that we know they have won two months before the party. The problem arises where the winners is (like this year’s Marble Mo winner) a small producer who sells a fresh product direct via their website. They would immediately smell a rat if we were to put in a big order close to the awards party. So we have had to develop a network of ‘secret shoppers’ around the country. But, before you ask, I am certainly not going to reveal either who they are or the ruses they use to get us enough of the relevant product to allow nearly 300 people to taste it – they just do! 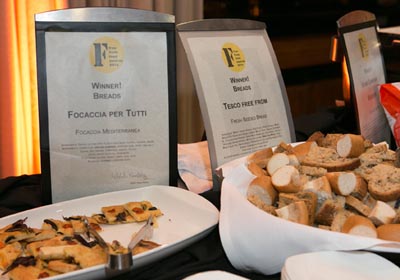 However, it does not stop there as all of these foods have to be assembled and delivered to Chef Dean and his crew who then have to portion, heat, cook, slice, chill or freeze everything from breakfast cereals to pizza bases and frozen yogurt.

And then, since we are very conscious that a number of our guests will have a raft of serious allergies themselves, Cressida creates mini posters for each product not only giving the details of their win but listing all of their ingredients/allergens.

But feedback does suggest that it is all worth while – although one entrant this year did manage to totally miss the point complaining that because we had not ordered anything from them for the buffet they knew they had not won……  Oh well!

But of course, wonderful though the buffet was, a lot else happens during the evening – like the handing out of a lot of winners’ certificates! Ruth Holroyd has written us a great report on the party which talks about the amazing foods that won awards and does bring home to you what an important job freefrom manufacturers are doing for allergic people. Since she has covered the food so well –  I will confine myself to the people! 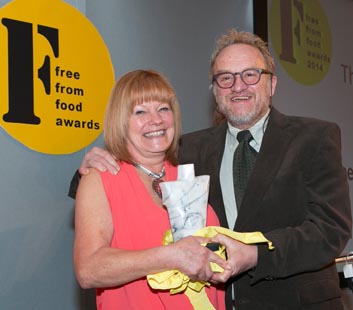 First of course, the lovely Anni of Focaccia per Tutti – here with Antony WT and ‘Marble Mo’ – sorry, ‘The Foundation for Allergy Information and Research trophy for the Best FreeFrom Food 2014’. Anni was totally taken in by our ‘secret shopper’ and most certainly did not know she had won anything at all!
Her focaccia, by the way, was to die for – and was gluten, wheat, dairy, egg and soya free! You could really have served it to anyone and they would never have known it was freefrom. 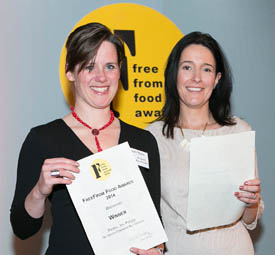 Then there was Sarah Mace from Primal Joy Foods, seen her getting her certificate from Nicki Clowes of Tesco, sponsors of the Breakfast category. Sarah let out an epic squeal when her win was announced – another secret shopper success!!

I am not sure that they let out any squeals but the ladies from Ugg Foods waxed most eloquent on the wonders of their new grain-free Paleo diet, the inspiration for the Ugg bread and cake mixes which which were joint winners in the Store cupboard category. Certainly they look amazingly fit on them…. I did slightly wonder whether they had mistaken us for an Olympic rehearsal but no. Maybe they are the face of freefrom to come…. Seen here, btw, with the lovely ladies from Asda who sponsored the category. 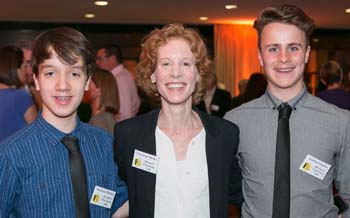 A little less exotic, but no less welcome, were Christine Bailey, her son Nathan and his mate Josh. Christine runs the Children’s judging for us (and also presented the Raw Food award this year); Nathan and Josh head up the judging panel and attempt, pretty successful on the whole, to keep the younger members under control! (For more on the children judging see my blog back in February.)

And we definitely cannot leave out Steve and Barbara Burgess of D&D Chocolates being presented with their certificate for their winning Minty Chocolate snowmen by Christmas category sponsor, Catarina Konig of Hale & Hearty.
Steve had literally just got out of hospital after a really serious infection. But he is not the man to miss a party – and  boy, was he glad he had made the effort! 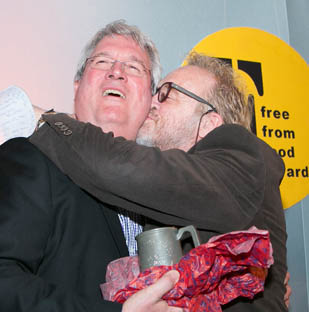 but found himself the recipient of a special  award for services to the gluten-free beer industry – and a very enthusiastic kiss from Antony!!

And last – but absolutely not least – the belles of the ball – Cressida and I in our carefully complementary  designer outfits. Cressida’s hair sprinkled with silver glitter, Louis the lithe diamante lizard gracing my jacket, topped off by our matching peacock coloured sparkling nail varnish – of which I am so proud, having not worn nail varnish for 20 years, that I still cannot bring myself to take it off!!

Oh no, hang on!  We have the FreeFrom Skincare Awards to present at the Allergy and FreeFrom show on 4th July at Olympia first – and what about those new FreeFrom Eating Out Awards?….. A great party planned for that on the 19th November at the FoodMatters Live event at Excel. Oh my giddy aunt – our wardrobes will never stand the strain! 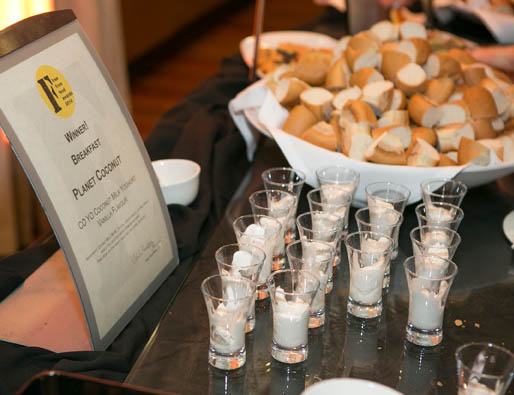 Last month the Anaphylaxis Campaign hosted a fascinating webinar with Carole Bingley from Reading Scientific Services Ltd (RSSL) and Hazel Gowland of Allergy Action. They looked at both plant-based and novel proteins and the risk that they might pose for the allergic community. Carole Bingley, Technical Specialist Product Innovation, RSSL The drivers for the growth … 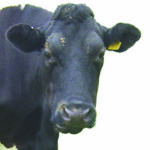 An excellent recent post on Alex Gazzola’s AllergyInsight blog covers several subjects (including a recent Anaphylaxis Campaign webinar on novel proteins on which more anon) but homes in on the current battle between the vegan and dairy lobbies, both claiming the moral high grand in the environmental debate. The truth is, of course, that if … 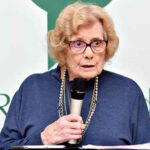 It is with great sadness that I have to report the death on January 20th of Pat Schooling, the Director and moving spirit behind Action Against Allergy.  She was 93. AAA, founded by Amelia Nathan Hill in 1978, was the first charity to be set up to support those with undiagnosed food allergy and intolerance. … 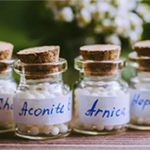 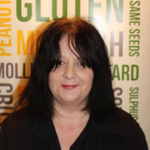 Yesterday evening, Lisa Acton – co founder, with her husband John Burke, of the Irish FreeFrom Food Awards – finally lost a long and heroic battle with cancer. To my regret I had only met her a few times. A couple of years ago when John brought the whole family to a FreeFrom Food Awards …