We get a great number of people asking us to add links to their site from FoodsMatter but we do feel that we have to be pretty rigorous in keeping our focus on allergy, food allergy, food intolerance and directly related conditions. Otherwise our links section would become unmanageably vast and we would never manage to keep it even as up to date as we do now – which is not very….

However, I still feel bad when we say no to someone – especially when it seems like a really good and worthy charity – such as:

So, even though we have not added them to our links pages, at least they have got a little bit of coverage here.

Sentencing guidelines, courtesy of TiFSiP (The Institute of Food Safety, Integrity and Protection, for those of you who didn’t know…)

You might wonder what is the connection to us? Well, the guidelines cover fines imposed  for breaking food law/the new food regulations, so very relevant. At a  TiFSiP workshop last week  ‘Mr Justice Holroyde, a High Court Judge and member of the Sentencing Council for England and Wales, pointed out that the new Guidelines allow courts to take into account the risk of harm resulting from failure to meet legal requirements, as well as the actual harm caused. [Ed. Harm, in this context, obviously includes a failure to alert a customer to an allergen, or feeding a customer an allergen when they have specifically been told that the customer wishes to avoid that allergen.] If the court determines that a large business, with a high turnover, falls within the highest categories of culpability and harm or high risk of harm [feeding an allergic person a major allergen when they have been warned not to, for example], fines could be in the order of £3million. At the lower end of the penalty scale, a microbusiness, with low culpability and low risk of harm, could face fines of up to £700.’

The workshop also looked at ‘may contain’ warnings. Barrister Claire Andrews said that ‘may contain’ warnings could not be relied upon to assist in a due diligence offence in the event of a consumer having an allergic reaction.  She added that the use of a precautionary allergen label, when there is no real risk, could be considered by the courts to be misleading.’

Meanwhile, the Food Standards Agency and the FSA Scotland have also been focusing on the law and have just come out with their Annual Strategic Assessment of Food Crime! I was about to bin the press release, thinking it had nothing to do with us, then curiosity overcame me – and I am glad it did! A riveting read!

Starting from the end – where else?… Both food brokers (‘individuals who gain title to consignments of food [often never taking physical possession] before selling it on to third parties’) and the internet offer  ample opportunities for fraud but, in fact, there seems to be relatively low volumes of it in both areas.

Messing with ‘use by dates’ is relatively common. Sometime the food is just re-dated by the original sellers, sometimes  is re-dated and resold by a third party after the original business has discarded it as waste. This does not necessarily mean that the food is dangerous – but none the less, it is deemed to be fraud.

Dodgy documentation. ‘Fraudulent documentation can be used to avoid taxes and duties and it can also be used to cloak the origins of a product, meaning it is impossible to trace its origins and whether it is fit for human consumption.’ This applies particularly to meat products.

In terms of which products are most vulnerable to fraud, keep a wary eye on:

Manuka honey. It attracts a premium price but around one third of the samples tested recently in the UK had neither no Manuka honey in them or nowhere near as much as they should have done.

‘Non-foods marketed for human consumption’  – or supplements intended to help you loose weight/gain weight, grow younger/grow older etc etc. ‘One example of a harmful substance sold and consumed as a food supplement is 2,4-dinitrophenol, commonly known as DNP. This is an industrial chemical which can rapidly increase body temperature and metabolic rate, and has a number of serious potential side effects It is understood to be used by both the body building community and those with eating disorders as a means of losing weight or improving muscle tone. Its consumption has proven fatal in at least six cases in the UK in 2015 alone, including the death of Eloise Parry in Shropshire in April 2015. Further fatalities have been noted in France and Norway. In addition to being sold online in its pure form, sampling has also identified it as a trace ingredient within a limited number of food supplements.’  Eeek…..

And even just straight nutritional supplements. As the report points out ‘food supplements are a ‘Credence Good’. In other words, it is not possible for the consumer to observe their utility before or after purchase and consumption. For that reason alone, food supplements are especially vulnerable to fraud.’ Moreover, ‘the potential for offenders to fraudulently increase profits through adulteration or substitution is evident in relation to food supplements.’ The global nature of the internet and the ease of buying such supplements on line also make it extremely difficult to police effectively.

Herbs, spices and nut and seed powders are a very dodgy area – especially for allergy sufferers as recent spice scandals have made all too clear. As the report says, ‘they represent an attractive area for those wishing to make criminal profits as products often have a high value by weight, and consumers can have a limited capacity to detect adulteration perhaps due to low discernment, or incorporation into prepared meals or catering’ – until they have a reaction of course…

A recent oregano sampling revealed that of 78 samples, 19 contained between 21% and 69% of olive or myrtle leaves! Of course, this can be entirely accidental as a result of farming methods rather than deliberate substitution – but that does not help the allergy sufferer.

Fruit and veg get off fairly lightly in that, where there is fraud it is relatively low key although olive oil fraud is ‘moderately concerning‘ since the temptation to pass off relatively low grade oils as ‘first pressed’ or virgin, both of which attract a substantially higher price, is ever present.

The same applies to wines where most frauds are in wrongly declaring the alcohol content or the place of origin, the wines from some areas (such as Pinot Grigio for example) attracting a higher price. These frauds do not usually represent a risk to your health, only to your pocket.

The situation with alcohol and spirits however is different as ‘criminally inauthentic spirits can appeal to those who drink to excess and those who have other substance abuse issues. This magnifies potential health risks as these consumers may have an impaired ability to make reasoned judgements’. Recent operations unearthed of 35,000 counterfeit bottles of Smirnoff seized at Dover in 2014, 20,000 bottles of dodgy vodka seized in Derbyshire ‘alongside material suggesting adulteration with antifreeze’ and 130,000 litres of potentially toxic spirits found in Cheshire last year just waiting to be bottled and packed!

Both fish and dairy products appear to be relatively clean, problems with fish usually being to do with illegal harvesting other than anything else. Poultry is also pretty clean but ‘fraud in relation to eggs, however, has historically proved a notable issue’…

It is meat and ‘waste products’ that give the regulators more sleepless nights. Livestock can be, and is regularly, poached thus entering the food chain by the back door. Moreover, it is likely to be processed through illegal channels which may well pose hygiene and therefore heath risks. Then the meat can be mis-described:
‘The deliberate misdescription of animals and the misdeclaration or obfuscation of their movements can lead to animals unfit for human consumption entering the food chain through legitimate slaughter routes…’
Of course this also means that when you think you are eating beef, you may in fact be eating horse….

I won’t go into the details of the ‘animal by-products’ which can find their way into the food chain, but you may rest assured that it is on the FSA’s agenda….

Anyhow, enough, enough – if you want read more you can do so on the FSA’s site here – and good luck on your next shopping trip!

Thanks to the tireless campaigning of a group of  ‘epilepsy mothers’, lead by Hannah Deacon, the mother of Alfie Dingley, and her consultant, neurologist Professor Mike Barnes, a change in the law in 2018 allowed the prescription of medical cannabis for children with certain rare types of epilepsy, those in chronic pain and for those …

After this very strange and, for many people, horribly difficult year I wanted to wish you all a very peaceful, safe, healthy and hopefully happy Christmas. And offer you a little allergic chortle. Those of you who used to receive the FoodsMatter magazine will remember all of Christopher’s wonderful allergy related cartoons – the caption …

The news may be grim on the virus front but there have been two bits of good news this month for those with peanut allergy. Earlier in the month The Journal of Allergy and Immunology: In Practice reported on on a trial which demonstrated that peanut oral immunotherapy is still effective after one year of …

Ever since 1970 when the Nobel Laureate Linus Pauling claimed that gram dose vitamin C supplementation could prevent and alleviate the common cold, the argument has rumbled on – how effective can vitamin C supplementation be for respiratory infections both mild (such as the common cold) or more acute (pneumonia and, maybe, COVID19). The evidence … 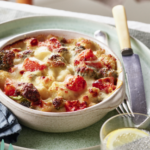 Yes, indeed – what a lovely thing to be able to do – and one that we have been deprived of for all too long. But, we don’t have to be. Over lockdown my good friend Sarah Stacey, who lives in a tiny village in Dorset, started cooking meals for a poorly neighbour. Talking to …